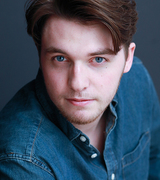 Kevin Bodee is originally from the suburbs of Chicago, but currently is getting his B.F.A. in Acting at Texas Christian University. He is represented by Shirley Hamilton Talent, Inc. and has experience in film/TV/commercial work as well as theatre. After graduation, he plans to move out to Los Angeles and pursue a film career.

While at TCU, Bodee has been several productions including The Diviners, Tartuffe and The Interminable Life of Perennial Peonies. He is also a member of the National Theatre Honor Society, Alpha Psi Omega, the Phi Kappa Sigma Fraternity and the TCU Student Film Association.

Taking a stroll through the woods, 65 million years ago
A little rodeo never hurt nobody
Welcome to the Salty Spitoon, how tough are ya?
Cruisin through the Negev
תפילות בקיר המערבי @birthrightisrael
Weekend update: fuhgeddaboudit
%d bloggers like this: